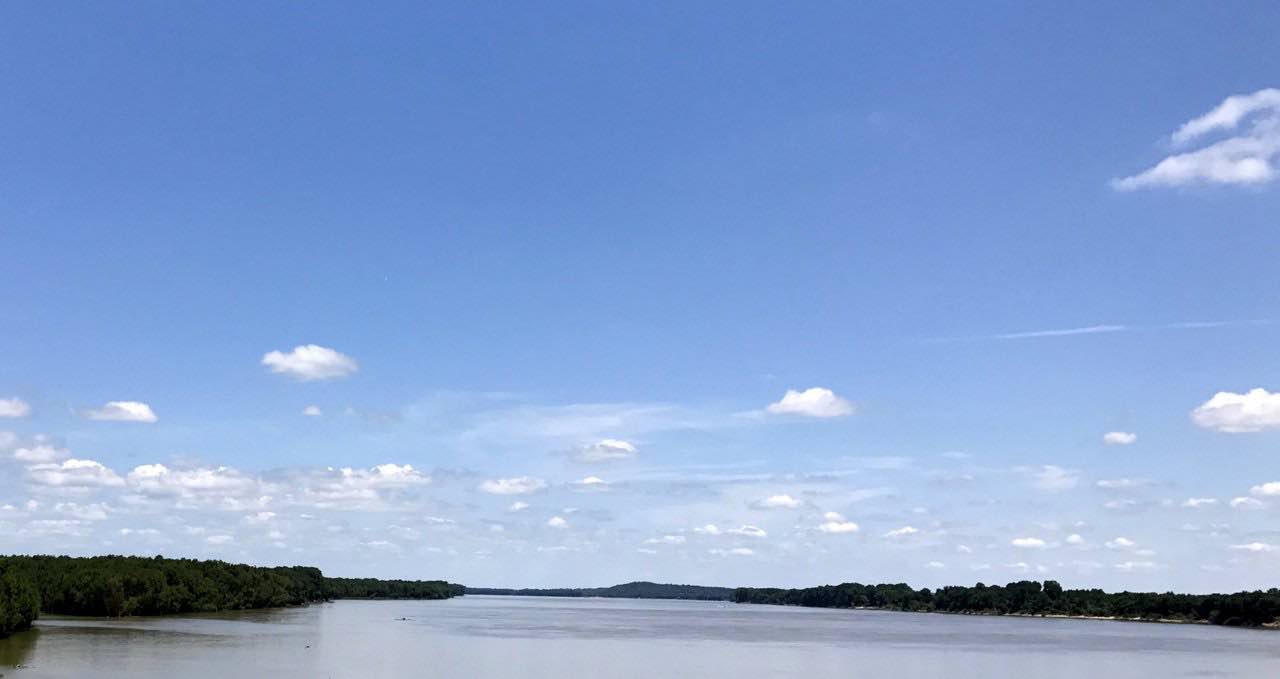 The proximity of the Ohio River to the railroads in the southeastern Illinois provided many benefits to the area.  The trains carried passengers, freight, mail, and connected residents with professional services like doctors that may not have been available in every town.  The railroads also brought a mechanism of communication between stations.

Freight and passenger service was provided by the B&O and L&N railway companies to Shawneetown with freight service lasting the longest on both.   Both railroads had depots there with connections to the Norfolk and Washington, DC Steamboat Company Steamers on the Ohio River that were part of the Evansville, Paducah, and Cairo Line owned and operated by the Tennessee and Ohio River Transportation Company.

The Ohio River and tributaries overflowed the banks frequently.  Railway employees would alert authorities and localities when communications were lost at Shawneetown.   The railroad tracks were used as an evacuation path by foot.  Relief supplies came by rail through McLeansboro and Flora.  Steamboats and other craft came via Ohio River from Evansville, Mt. Vernon, and Cairo with supplies and served as rescue platforms for those trapped by the rising water.

From “Amazing Shawneetown, A tale of two cities,” by Lucille Lawler, Ridgway and US Army Corps of Engineers, and History of Gallatin County:

After the 1884 flood, the O&M Railroad was contracted to raise the levee height at cost of two hundred thousand dollars. The railroad tracks were placed on top of the levee wall. In 1898 the Ohio topped 55 feet and broke. Almost 200 homes were swept from their foundations including the railroad tracks on the levee. The loss of property exceeded a half million dollars.

US Army Corps of Engineers

The Ohio River and its tributaries wrecked havoc on the people and railroads of southeastern Illinois. The B&O had 98 bridge structures between Flora and Shawneetown that required care and monitoring as well as 74 miles of rail.

The flood of 1913 covered over ten miles of track with water at Shawneetown. The levee had to be cut and the city flooded. Two thousand people were displaced and water reached second story windows. Twenty feet of water covered the B&O property. The railroad depot was turned over and water covered the telegraph line in multiple places.

The Saline River filled the O'Gara mine at Muddy and it closed later that year. The Interurban Power Plant at Muddy was next to the mine and it too was surrounded. The extent of the damage is unknown. The Harrisburg NYC/Big 4 Railroad Yard and Depot were also submerged.

In 1937, the Village of Omaha was over 18 miles away and water reached the eaves of the depot on February 4, 1937 according to the Daily Sentinel of Woodstock, Illinois. The B&O and NYC Big 4 railroads shared their tracks to move supplies and personnel to the stranded population. The railroad communications infrastructure provided status updates until they were overcome by the floodwaters. As relayed above, Bob Allen's amateur radio conveyed how desperate the situation had become.

A small collection of photos has been assembled with the assistance of the Gallatin County Historical Society, and the Abraham Lincoln, Shawneetown and Norris City Libraries. The photos can be seen on the railroad milepost pages listed below. 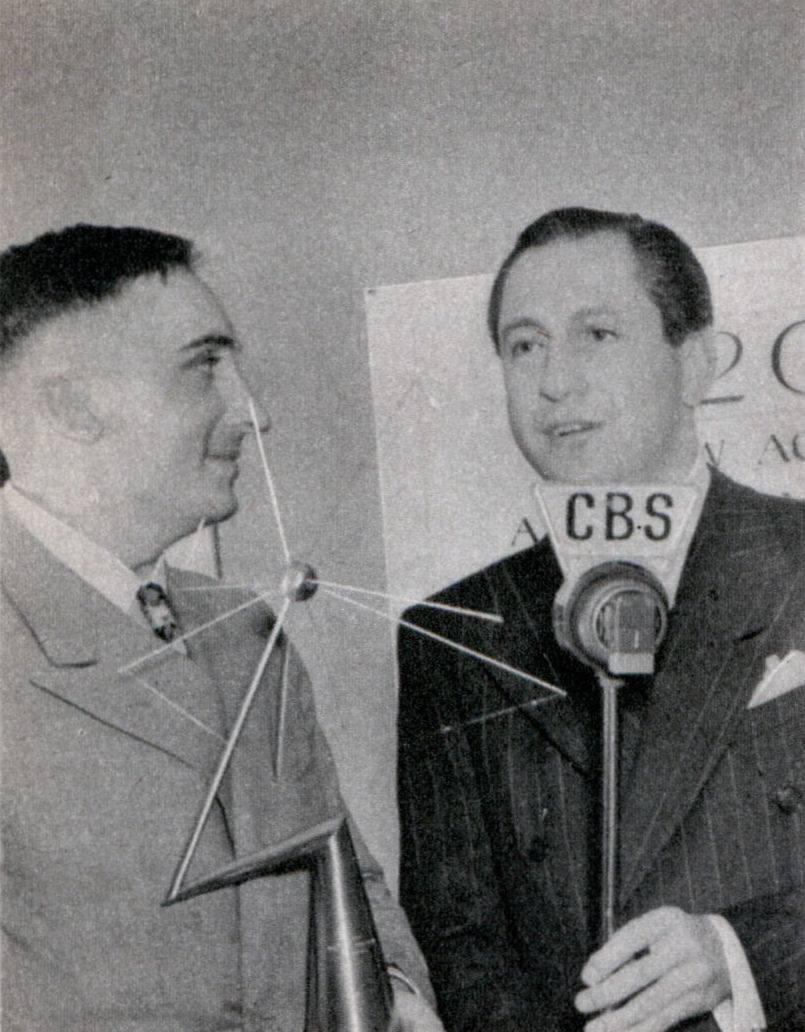 Rainfall during the last few months of 1936 saturated the ground in the midwest. Then Shawneetown area received around 18" of rain. Areas upstream received 8-18" of rain too. As it flowed down to the Ohio via Wabash, Little Wabash, Saline and other creeks most towns had difficulties but Shawneetown would be impacted the most. According to the IllinoisHistory.com article titled Bob Anderson and the Flood of 1937, the book Calling CQ: Adventures of Short Wave Radio Operators, Bob Anderson traveled from Harrisburg via boat with his amateur radio gear.  With the help of local residents, he made it to a nearby coal mine that had a phone wire connection to Shawneetown.  It was the first word of how dire the situation was there.  He traveled on to Junction and found thirteen people marooned on the B & O tracks.   In below freezing temperatures, he set up his radio equipment and attempted contact with his friend at WEBQ radio.  The "skip effect" prevented continuous contact with Harrisburg so operators in Louisville and West Virginia relayed the messages.  The signals traveled over a thousand miles to reach people 17 miles east.   The WPA also sent 250 men via a special train on the Big Four to Norris City.  It traveled to Ridgway via the B & O rails where the men and supplies traveled via boats to sandbag the levee at Shawneetown.  As a result of the courage and heroism of Bob, the survivors at Junction, the assistance of people from Harrisburg to Junction, and amateur radio operators, a rescue ship was dispatched to provide assistance.

Bob was awarded the William S. Paley Amateur Radio Award for 1937. The text of the citation was: "In recognition of distinguished service rendered during the January, 1937, Ohio River flood emergency when he co-operated with civil and military authorities in the transmission of official communications for more than 40 hours without sleep". 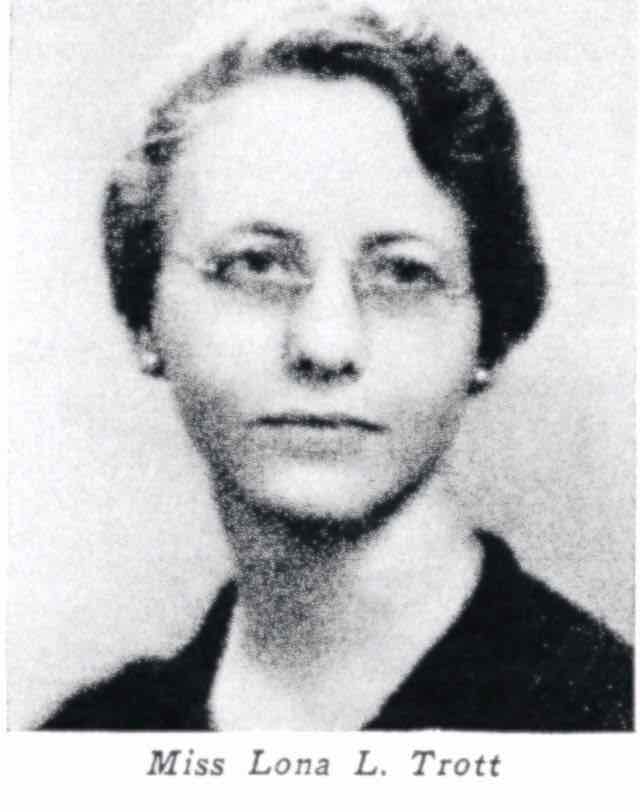 Courtesy of the American Red Cross

Bob Anderson sounded the cry for assistance via the amateur radio. The Red Cross was one of the agencies that heard and sent help. Lona L. Trott, R.N, Director of Nursing for the Midwestern Region from St. Louis and two other nurses boarded a bus at 7 am on January 23. They arrived in Ridgway at 7 pm that evening. She recorded her experience in a three part series titled: "Diary of a Nurse in the Great Flood" that was published in the Red Cross Courier Magazine.

Nurse Lona took charge upon arrival at Shawneetown High School and quickly identified and corrected conditions that threatened the survival of those seeking shelter from the flood. The survivors faced and overcame many adversities until a rescue could be organized. She credits Jim Drone, Buford Covert, Cecil Thomas, James, and Johnny for their extraordinary efforts in assisting the refugees. "Finer men than some of these volunteers have never lived, I' sure. I shall bless them always." The Coast Guard arrived on February 5th and evacuated the Shawneetown High School. Generations of families in our area owe their survival to her dedication and professionalism. Ms. Trott passed away in 1972 and is buried in Kearney, Nebraska.

Diary of a Nurse in the Great Flood Part I, II, and III. The Red Cross Courier, June, July, and August 1937. Courtesy of the American Red Cross 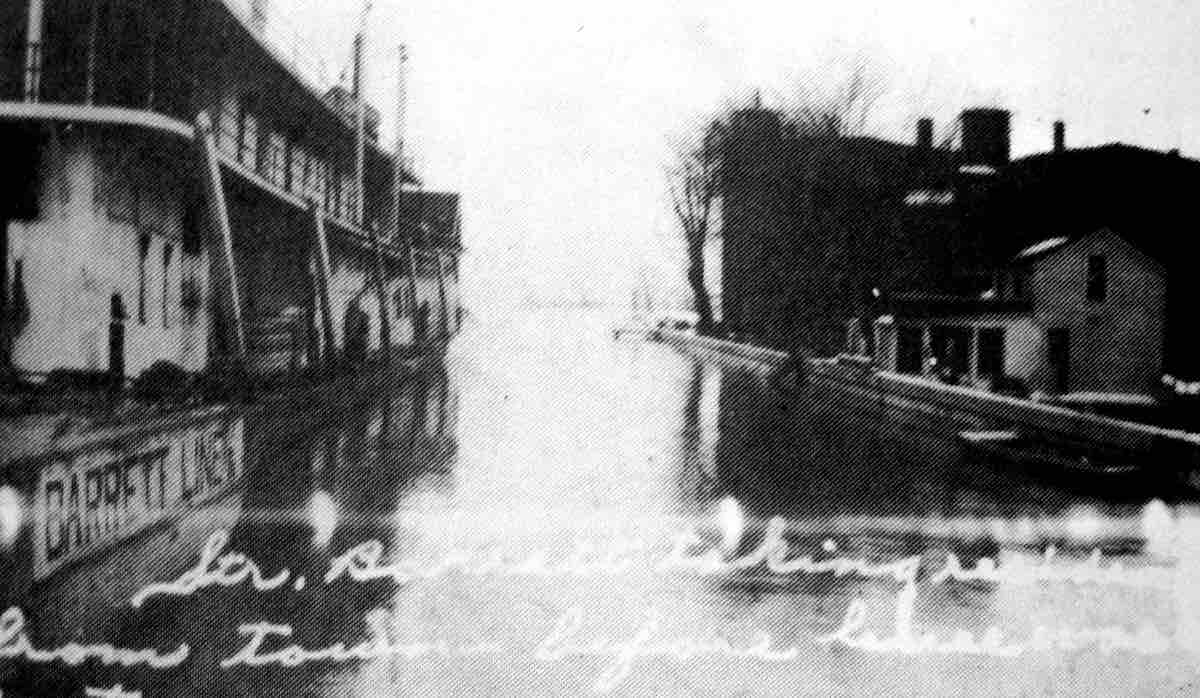 The SS Patricia Barrett steamboat was operated by the Barrett Line of Cincinnati, Ohio.  She was dispatched to Shawneetown from Memphis and traveled upstream to rescue over 500 residents on January 24, 1937.  The steamboat also evacuated over 700 residents of Cairo from the floodwaters.   The Barrett was constructed by the Howard Ship Yard and Dock Company of Louisville, KY in 1926 according to a historical logbook on the museum site.  She was named after the daughter of Mr. and Mrs. Patterson B. Pogue.  Dorothy Pogue's maiden name was Barrett. 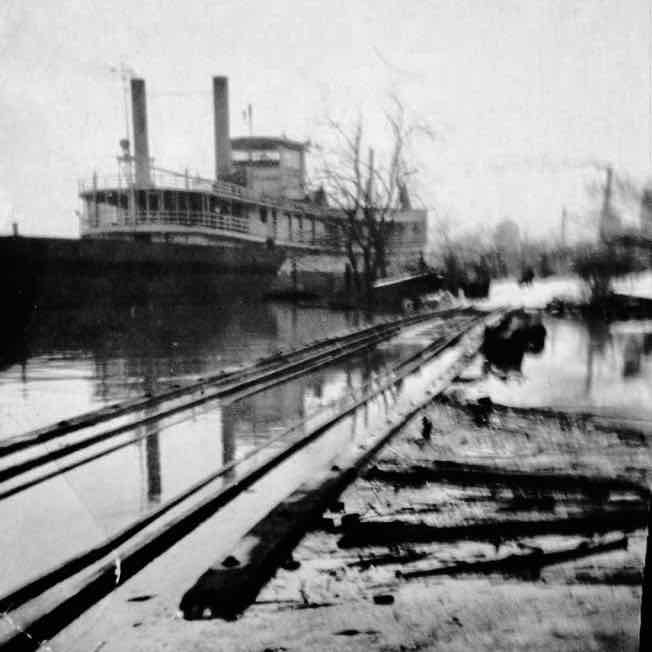