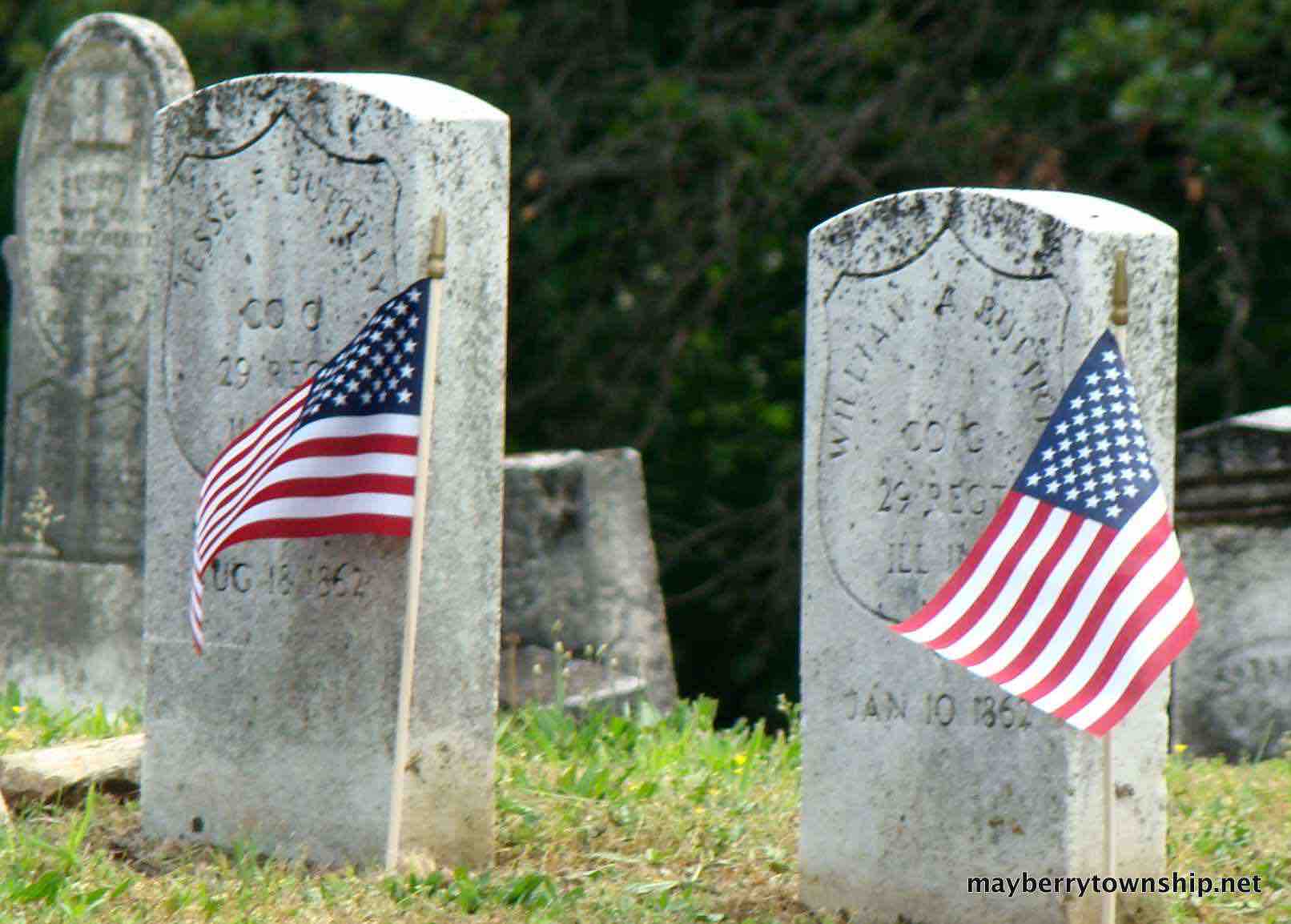 Over 150 military veterans rest in cemeteries in Mayberry Township. This page is a memorial to their service and sacrifice. Flags are placed each Memorial Day to honor them.

Copies of the information contained here has been provided to the Norris City Memorial Public Library and the McCoy Memorial Library in McLeansboro, IL.

To view all veterans without any criteria specified, choose "Select all options".

SGT Kenneth J. Miller was killed in combat on 1/4/1944 over Kiel, Germany. He was awarded the Purple Heart.

His mother was Mrs. Julia Vianna Biggerstaff, Enfield, IL. His father, Julius Miller, had passed in 1921.

The B-17G bomber, serial number: 42-3494 and crew were members of the 325th Bomber Squadron, 92nd Bomber Group of the 8th Air Force of the US Army Air Force stationed at Royal Air Force Base, Podington, England.

According to Missing Air Crew Report #1961, 10 men were killed in action after being hit by anti-aircraft batteries on 4 Jan 1944 at 1145. The bomber had departed AAF Station 109 in England with 569 aircraft. After encountering flak over the target, the plane crashed near Oppendorf on the Schwentine near Schoenkirchen, Germany.

After the war, he was moved to Ardennes American Cemetery, Neuville-en-Condroz, Belgium. He rests in Plot D, Row 13, Grave 41.