Flora and Wilson Mayberry were my grandparents.  Wilson grew up across the road from the Mayberry School with his five sisters and two brothers.  Flora lived near Walpole, northeast of Dale, and southeast of McLeansboro.  She attended Harrawood, Sulphur Springs, and Anderson School.  They moved into the former school house with their three children in 1951.  Both Flora and Wilson lived their entire lives in Hamilton County.  Wilson's lifetime home was Mayberry Township.

I grew up in Mayberry Township with my grandparents Flora and Wilson, my mom and sister. I loved their stories and they knew everyone in the area.

Grandma and Grandpa's neighbors included: Lofty and Celina Vickers, Ruby Buhrmester, Opal and Paul Griffith, Betty and James Woods, Opal and Ulis Mayberry, Red Counsil, Weldon and Jane Hunter, Jimmy Breeden, The Baldwin Family, Corine and Lyle Huffman, Bill and Bea Hughes, Lewis and Sue Goodwin, Helen and Woodrow Hardesty, Margaret Mayberry, Junior and Johanna Mayberry, Leroy, Dwight, Dawson, and Mary Farris, Hinnie and Sylvia Allen, Charlie and Laura Mitchell, Helen and Glenn Short, Ray and Liz Short, Alton and Dorothy McMahon, Frank and Leona Warren, and Verna and Carl Hunt. This is not an exhaustive list but the ones I can recall thinking about the roads near their home.

Wilson's parents were Harry and Mary Thompson. Wilson's grandfather John served in the Civil War from 1862 to 1865. His grandmother Mary Marinda Harrawood passed away at 43 and is buried at Big Hill. John's grandparents were Frederick Jr. and Priscilla Yokum. Mayberry Township is named after Frederick Jr.

Flora's mom was Sally Hamilton. She grew up south of Big Hill and attended the school there. Her parents were Nancy Howard and Pool Hamilton. Pool's father Edmund was one of the first landowners on the west side of Big Hill.

Flora's dad was Tom Buttry. Tom's parents, James Monroe and Frances Ellen Pool, lived in the Big Hill area as well. James' father William died at the Mounds Naval Hospital during the Civil War in 1862 and is buried at Big Hill.

I wish I had written more down and had more photos to share. If you have any information or pictures of this area please use the contact page and email me. 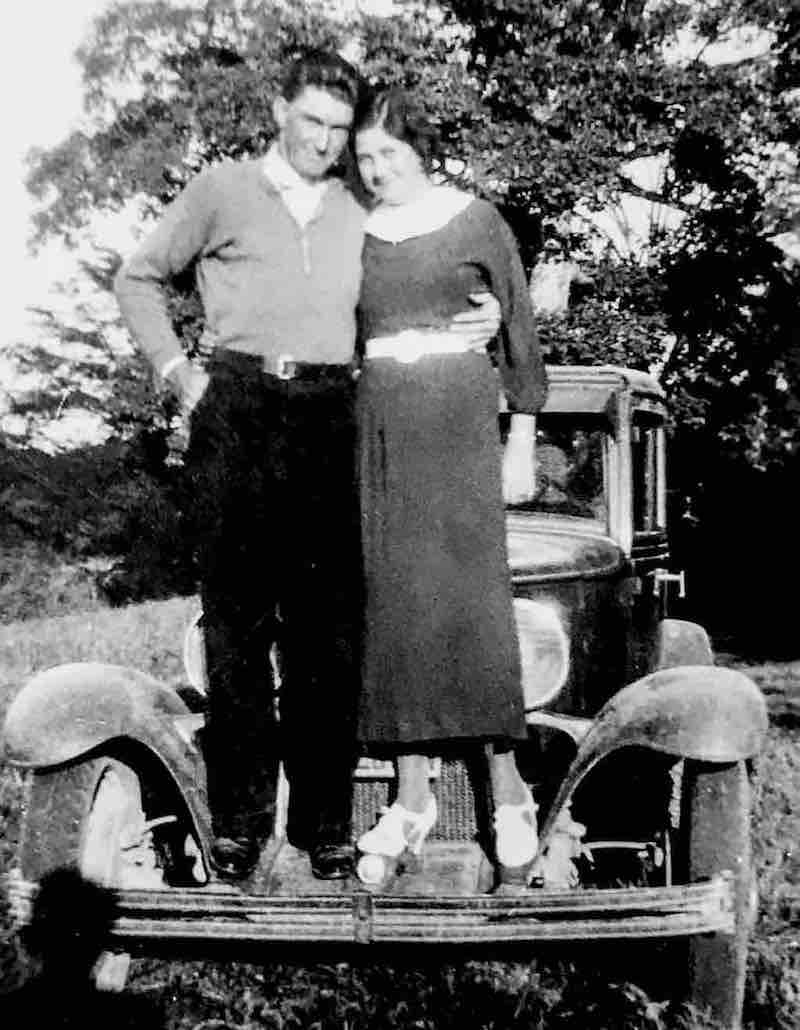 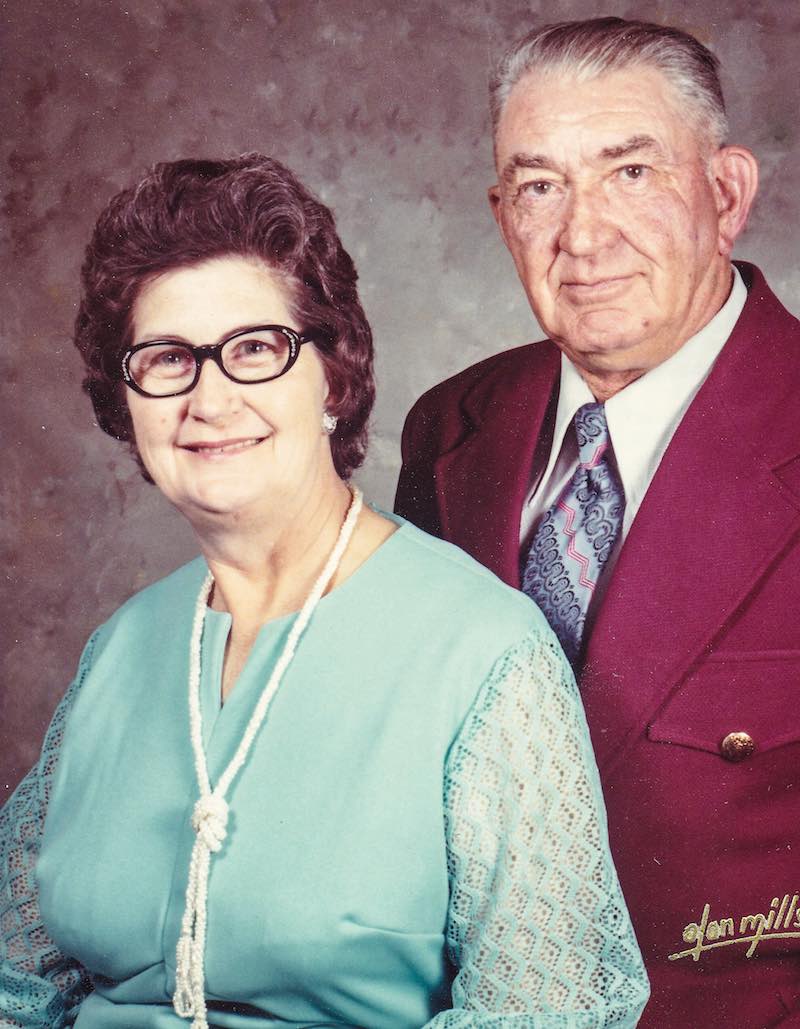 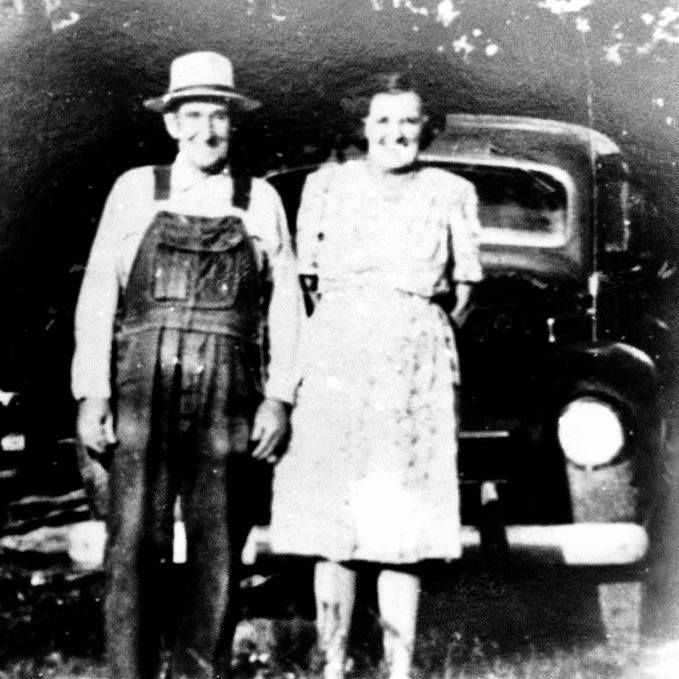 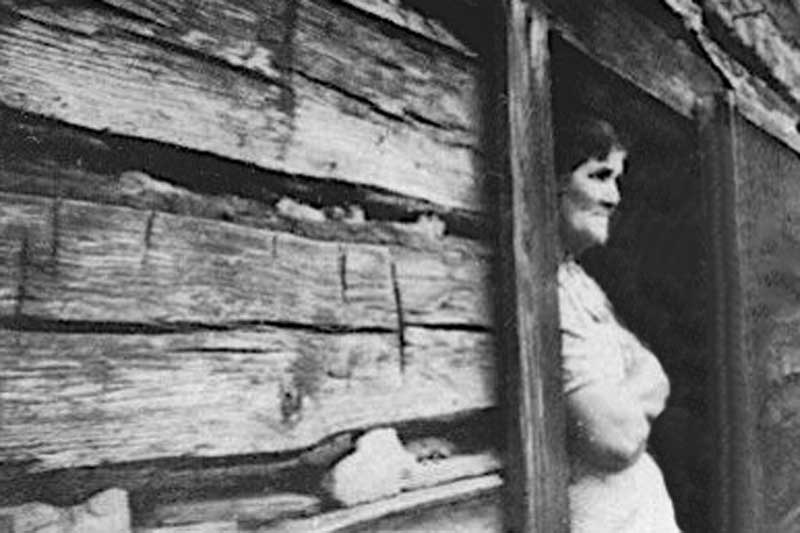 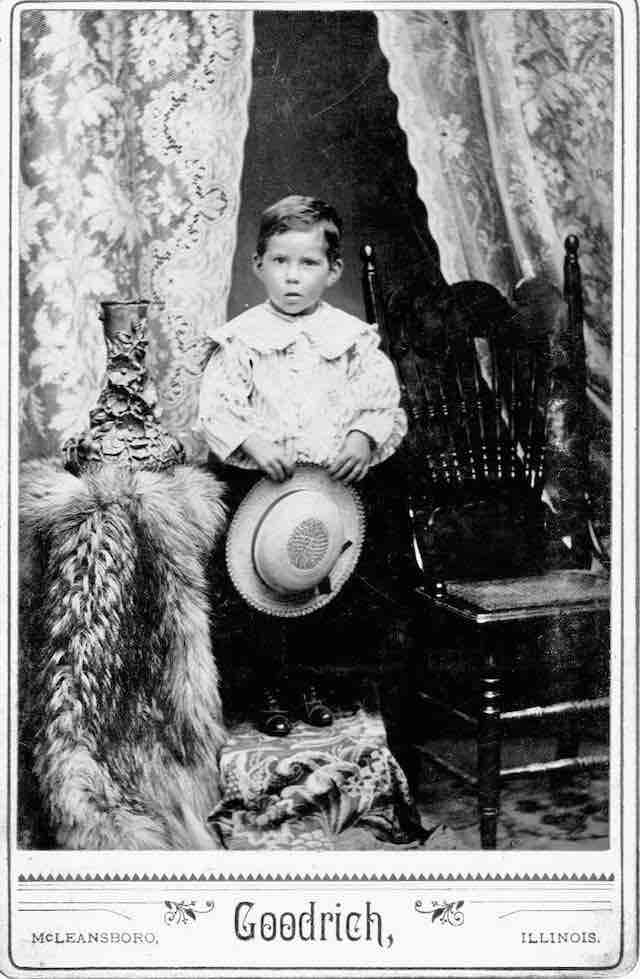 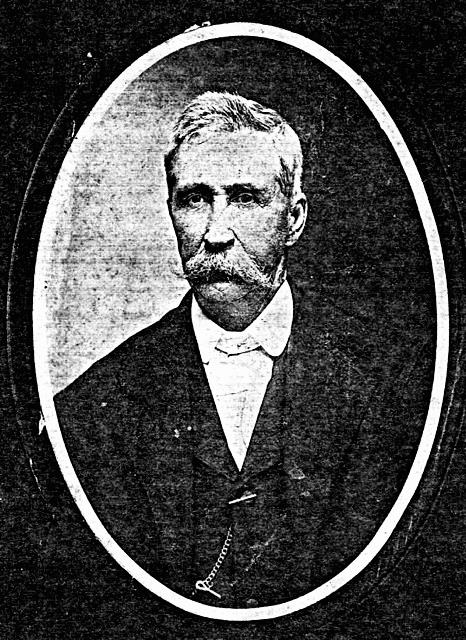 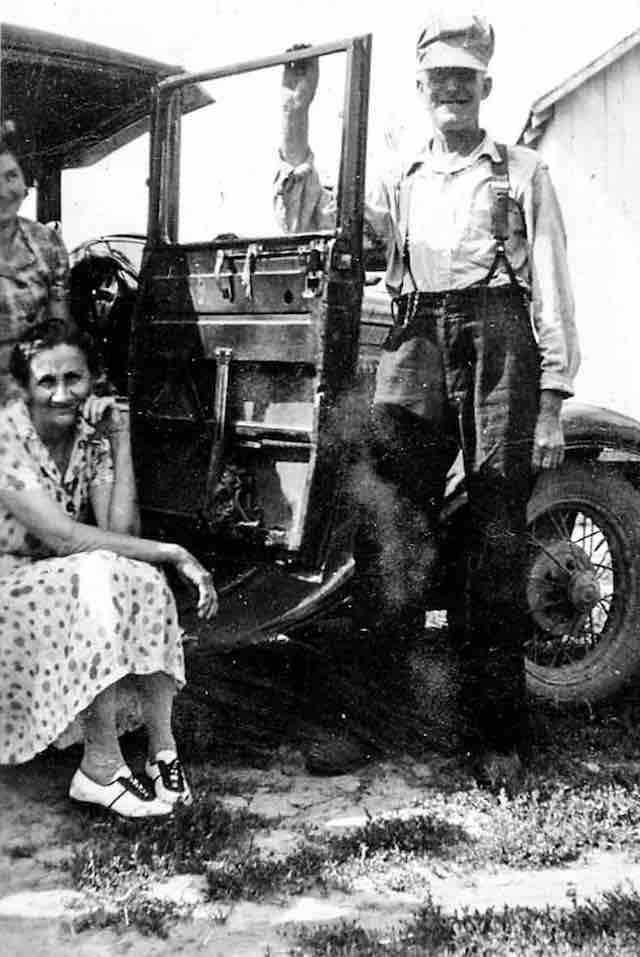 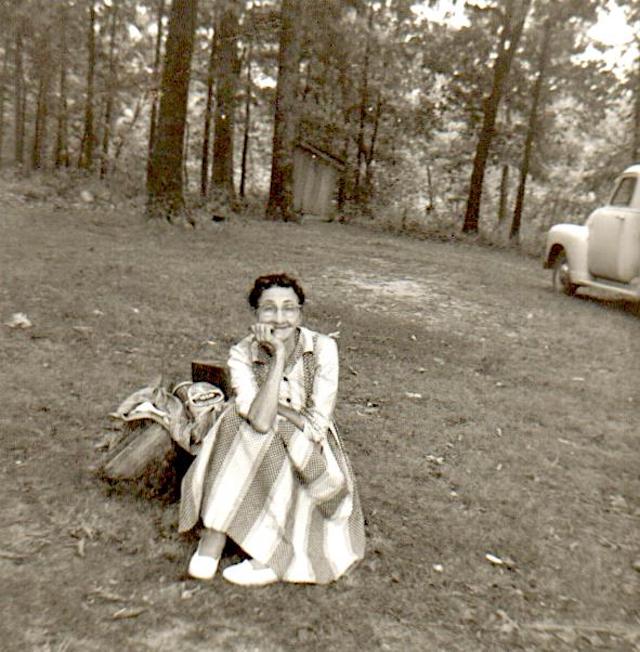 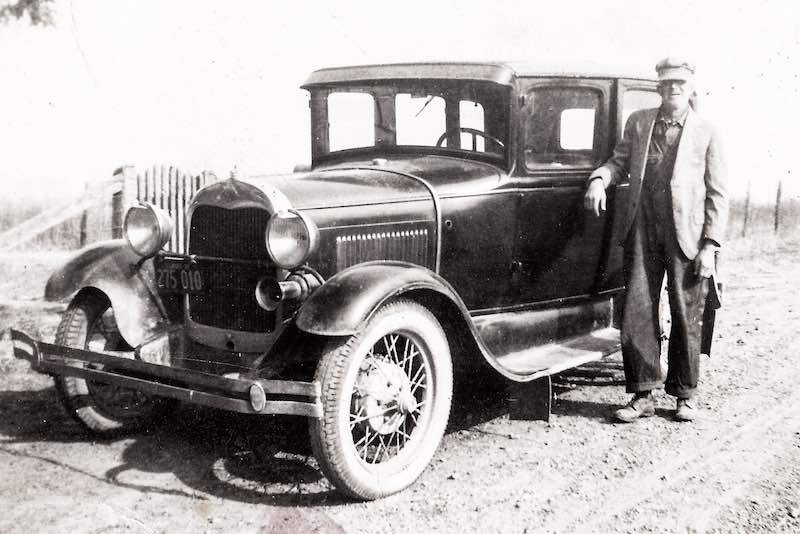 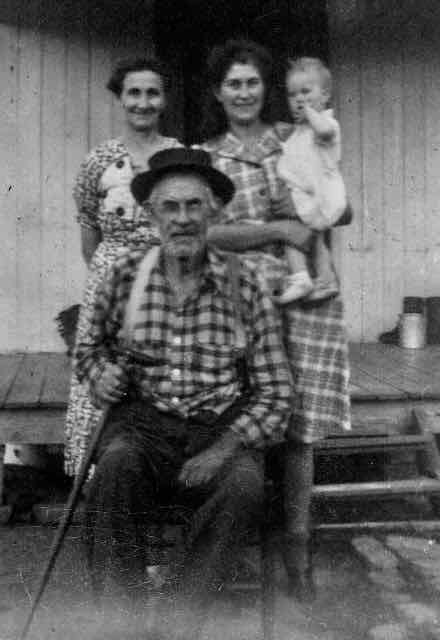 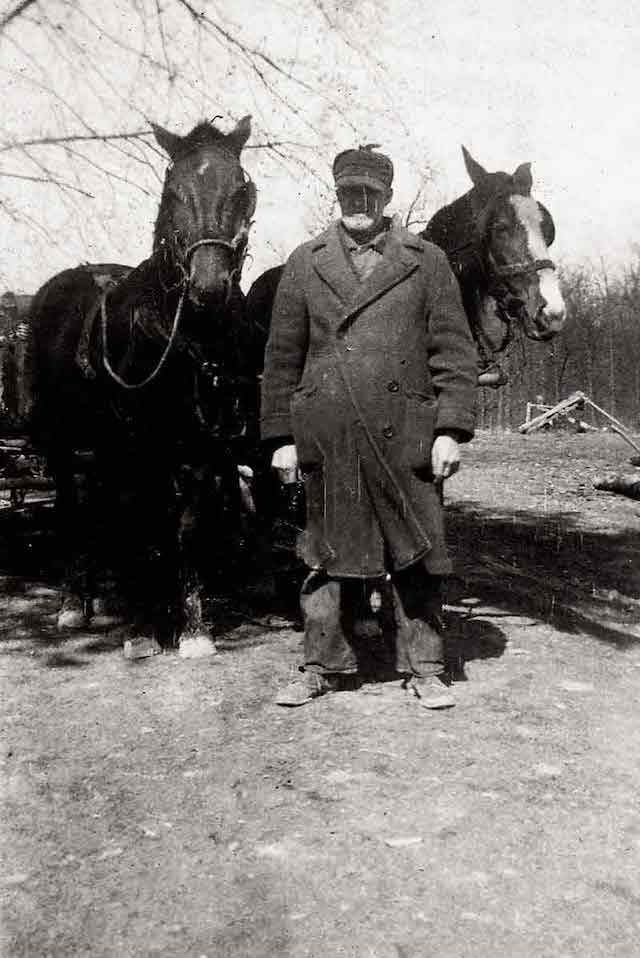 Tom Buttry with Rosco and Daisy 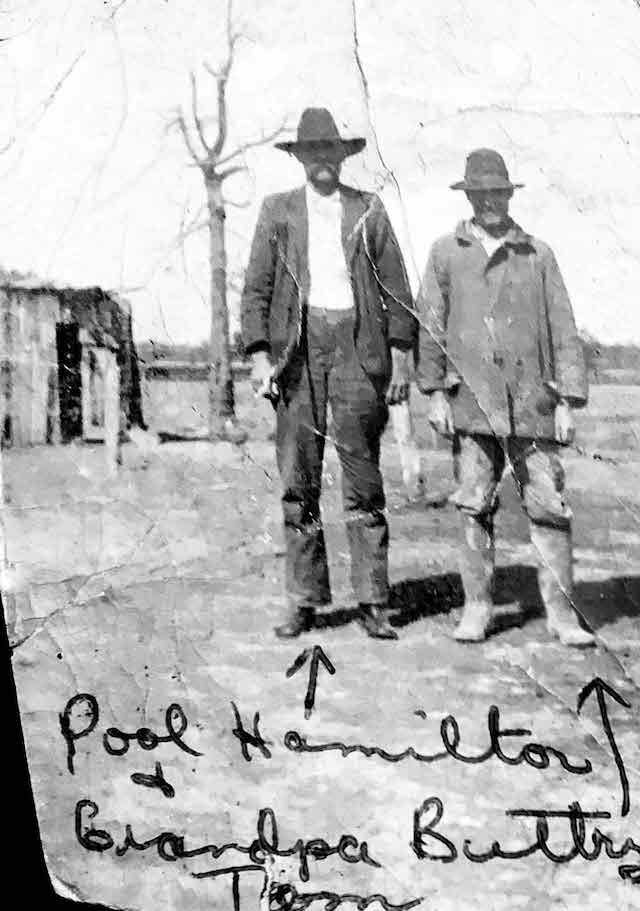 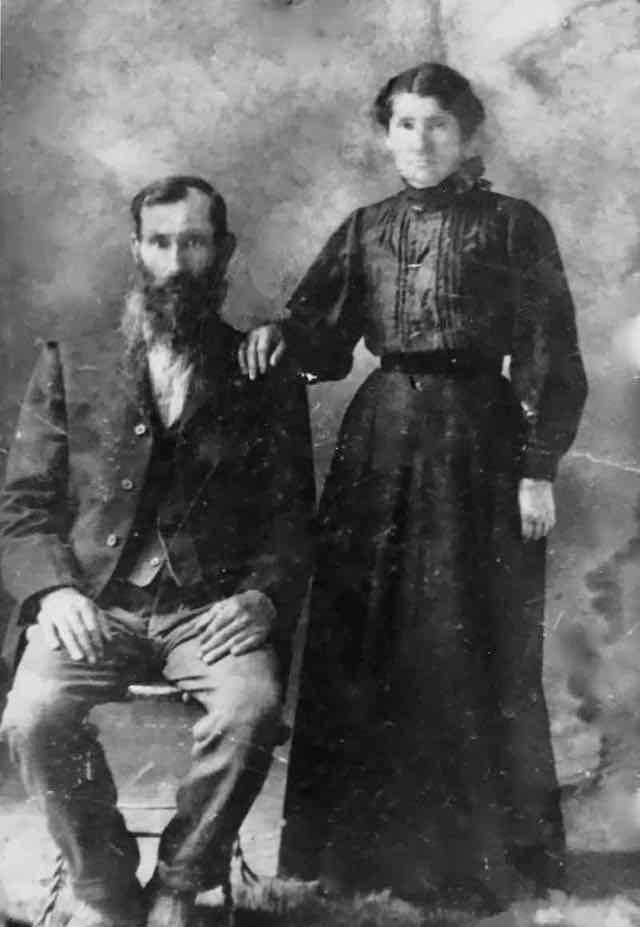 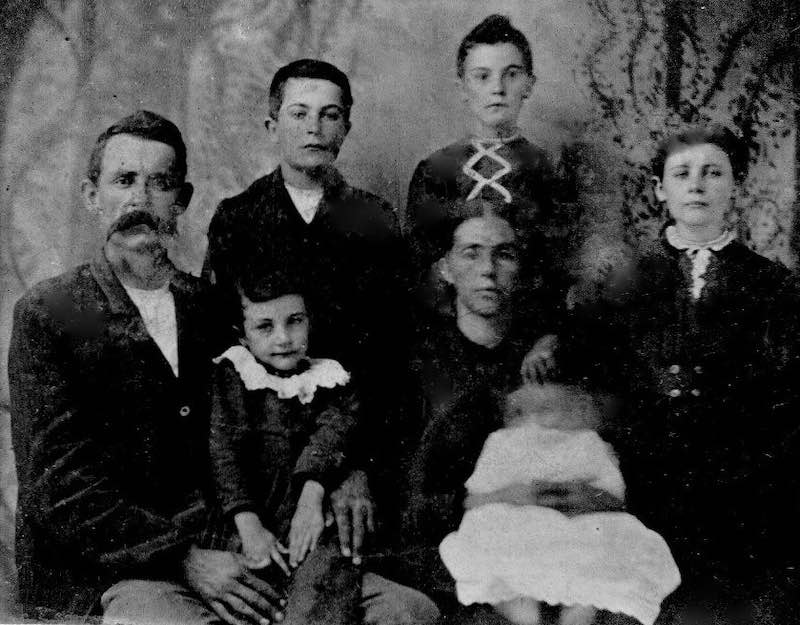